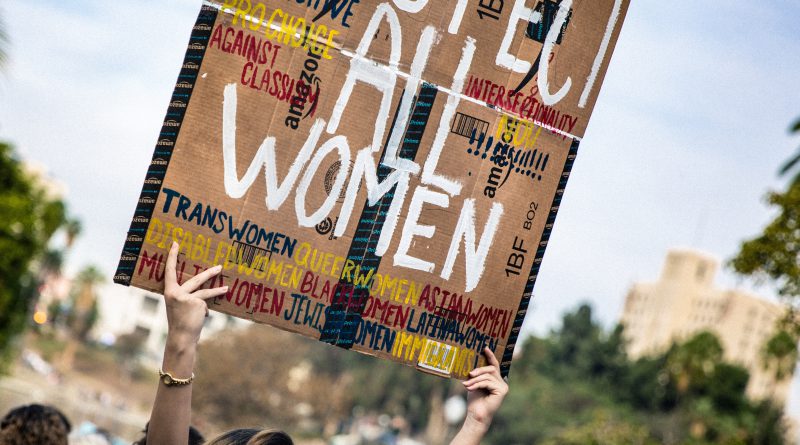 Op-Eds and Commentaries
April 29, 2017October 7, 2019 652 Views
Natalia Cote-Muñoz
Natalia Cote-Muñoz serves as a co-chair of the Gender Policy Union at the Harvard Kennedy School. Having grown up in a Colombian family in Mexico, she has written extensively about human rights, security, and gender issues in Latin America. Before HKS, she lived in China where she led a feminist discussion group.

On 16 November 2017, in light of the prominence of the global #MeToo movement and discussions of sexual harassment and assault, the Gender Policy Union and the Live Poets Society of the Harvard Kennedy School organized a campus-wide event to share these stories. Our goal was to raise awareness of the trauma that sexual assault survivors face and to provide a safe space for catharsis for people with these lived experiences. We requested anonymous submissions from the Harvard community, which members of the two groups then read at the event. The atmosphere was shaped by a diverse audience, featuring students from various schools and identities. The event highlighted the importance of granting a voice to these issues, the different forms harassment and assault take, and how widespread these events are. After the readings, we provided space for discussion and reflection on what actions or considerations attendees could take later on.

The pieces in this series are a selection of the anonymous submissions read aloud during the event. The authors have given permission for their stories to be published anonymously in this journal.

I love to dance.
There is a bar in the city I used to live in. It was the closest

place to go dancing to my house. I liked to go there because I could wear my favorite leopard dress and only have to walk a few blocks through the gauntlet of street harassment that is my city to get there.

One night, I was there with some friends—paid the cover charge, we’re dancing. A man behind me grabs me in the crotch. Unmistakable. I spin around, I start to yell, I maybe yell at the wrong person—it’s hard to tell because there is a wall of men behind me uniformly denying grabbing my crotch. A friend of a friend—a dude—who’s not actually a friend, as it turns out, tells me to “calm down.” Tells me that I’m yelling at the wrong person. Acting like I am the one creating the prob- lem with my anger. But I need to know. Even if I don’t go to all the trouble of getting the bouncer to kick him out (and waste precious time on the dance floor), I need to be able to keep an eye on him, to stay on the other side of the dance floor from him at all times, to make sure he stays away from my friends.

I try to keep dancing, but I am SO ANGRY. At the grabbing, at the complicity of this “friend of a friend.” I don’t know who on the dance floor did it. It could be any of them. It could be all of them. My night is over, I realize. I walk home in my leopard dress, crying, half-expecting the gauntlet of street harassment that is my city to tell me that I should smile more. I wonder why I pay cover charges just to play Russian roulette, to hope I won’t get assaulted.

I stop going to this bar, even though it is the closest place to go dancing to my house. I find new places where I don’t have any bad memories, yet. A year later, I’m scrolling through my newsfeed and see a picture of the bar, coupled with a headline that is like a punch in the gut: “Seven Women Say They Were Drugged At Popular Bar.” That is, seven who are brave enough to go public and deal with all the people who will blame them for getting roofied and raped. The tip of the iceberg, I’m sure. There but for the grace of luck go I.

I love to dance, but I don’t go out dancing very often these days. It’s not worth it.

Harassment isn’t about sexual interest or romance. It’s about power. One of the episodes of harassment that has disturbed me the most was also the least explicit.

I was a private tutor, and my student’s uncle was a big pres- ence in her life. He would often pick her up from our sessions at the tutoring company and would always try to get me one on one to chat, which I avoided. I once got invited to have dinner at my student’s house by her mother and him. I felt uncom- fortable, since they had given me a weird vibe. I told my com- pany I didn’t want to go, but they told me that if I didn’t, it would seem like I was not dedicated enough to my student.

I went, and throughout the dinner I felt like something was off. I mentioned that public transportation would close, and I should go soon, but the uncle insisted he would drive me home. On the way back, the uncle told me I should sit next to him so he wouldn’t feel like a driver. I was hesitant but decided to go with it. Throughout the drive home, he told me he wanted to take me out on dates, that I was too good to be a tutor, and he could provide a better life for me and gave me a bunch of uncomfortable compliments. I tried to make him stop by changing the topic, mentioning I had a boyfriend, or not answering and looking out the window, but he would con- tinue to make unwanted romantic and sexual advances.

I had him leave me on a different street, so he wouldn’t know where I lived. Before I left, he insisted he wanted to add me on social media. I told him to go ahead, so he would leave me alone, but I never added him back, despite him adding me over and over again. Once it was clear I was never going to add him back and avoided him whenever he came to pick up my student, he then proceeded to sabotage my student’s work. She would no longer do her homework, saying her uncle said she should do different things, change her educational priorities, and force my student to rewrite her essays in ways that were different from what we had planned.

A girl was just 7 when she was wrongly touched
By a man in her life who she loved very much
It wasn’t easy for her, how could she know what to do? She didn’t know at the time; she could not confide in you. The man had a power that she couldn’t explain
He stood tall and towered above her complaints
The only decision that she was able to make
Was that she wouldn’t tell a soul, as long as it takes.

Twenty years later a hashtag was born
“Me Too,” women said about times they were scorned. She remembered the man and did not say a thing
For some men, “Me Too” won’t even make a ding.

Yet the girl (now a woman) felt strong in her skin
The power of women showed her that indeed she had kin. Despite the old tale of the man who had raped
She took this one hashtag and used it to escape.

Women all over face danger and fear
But before #MeToo it was like no one could hear Finally, I scream, this happened to me
For at last, they’re all ears—and I’m finally free.