Home > Op-Eds and Commentaries > Female Representation and US City Managers: The Stubborn 14.4 Percent 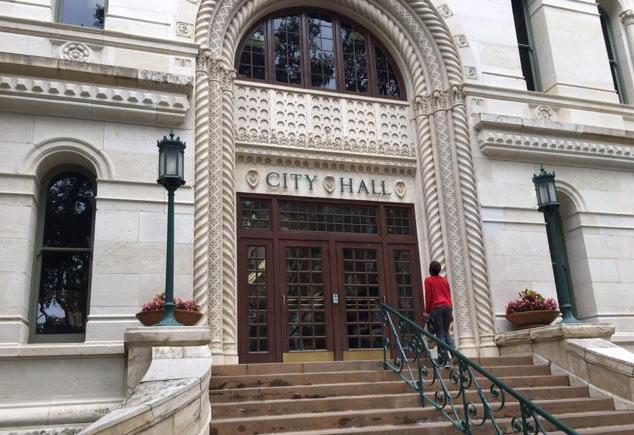 Op-Eds and Commentaries
August 22, 2019August 22, 2019 1824 Views local government, pipeline, representation
Hannah Walker
Hannah Walker is a Master’s in Public Policy candidate at the Harvard Kennedy School of Government, and alum of “From Harvard Square to Oval Office” – a skill-building and mentorship opportunity for women interested in running for office.

According to a 2014 report by the International City/County Management Association Task Force on Women, women fill only 14.4 percent of the 3,586 city manager positions nationwide. While female mayoral representation has steadily risen over the past two decades, the number of female city managers has been stagnant since 1981. Despite a rising number of female municipal employees, the 14.4 percent figure has stuck. Of the top 25 most populous US cities, eight of whom have a strong city manager, there are currently no women in the top management position.

Why does this matter?

The council-manager form of government gives an elected council the power to appoint a city manager. This system empowers the city manager to make operational and administrative decisions, while the council determines policy. City managers in these forms of government are known as “strong” city managers. In this capacity, they have the formal power to shape local governments’ policies and financial health. They hire and fire city staff, provide budget recommendations, negotiate with unions, and operate as a gatekeeper for large infrastructure investments. In contrast, a mayor-council system empowers a directly elected mayor to create policy, and enact administration positions. Some mayor-council systems will have city managers or city administrators, but they are generally not given the same formal power as in council-manager systems. In the United States, council-manager systems operate in over 50 percent of the largest cities.

Since city managers are appointed, not elected, they have a degree of insulation from political pressure. They can enact financial choices that are tough in the short term without having to worry about sacrificing re-election. The fact that the position is appointed, though, can also be a hurdle to increasing representation. Unlike roles in the halls of Congress, or Governors’ and Mayors’ Offices, where we saw a historic number of women elected in 2018, the city manager role cannot be filled by the ballot box. Hiring is left up to the seven, ten or twelve City Council members, who have shut female management leadership out for decades.

Sculley managed a $2.7 billion budget, and almost 12,000 city employees. During her tenure, she decided when to negotiate pensions for city police and firefighters. She pushed to fund pre-K programs and earned San Antonio a AAA bond rating, making it the only US city with over 1 million people to do so. Despite the immense responsibility she faced and the financial prowess she exhibited, she faced sharper criticism than her male counterparts in Austin and Dallas. People described her management style as “hard” and “corporate.”

One theory is that there aren’t enough women qualified for the position. But as we have seen with the dismal numbers of female CEOs, the absence of female city managers is not a “pipeline problem.” Every year, thousands of master’s degree students, many of whom identify as women, graduate from public policy schools with the exact skillset needed to run a city. Today, almost 40 percent of city managers have a Master’s in Public Administration as their highest degree.

Another theory is that there aren’t enough manager mentors to groom a younger generation of potential female city managers. Patricia March, City Manager of Daly City, California, pursued the position in part because of a manager mentor who saw her potential. She noted that it “wasn’t always the case for many women… I was one of the lucky ones.”

Possibly lying beneath the 14.4 percent are forms of conscious and unconscious bias. Bias around who’s “qualified,” particularly with respect to handling financial responsibilities, may lead city councils to choose men for the role. While research on city management and gender bias is limited, we can learn from the dynamics of corporate boardrooms choosing CEOs. At DuPont, former CEO Ellen Kullman noted that, when women weren’t being considered for top positions, “it wasn’t as overt as ‘she’s too aggressive’… it came down more to, ‘we’re not sure she’s ready for that job.’”

After Sculley announced her retirement in San Antonio, the City Council narrowed the city manager search to two internal options: Deputy Manager Eric Walsh and Assistant Manager María Villagómez. In the Council decision to choose Walsh, Mayor Roy Nirenberg said, “I think we may very well see two city managers for San Antonio… perhaps María’s time just hasn’t come yet, but she is every bit as qualified to run a big city as Erik is, and Erik was just ready right now.”

How do we change this?

Without a conscious effort to provide sincere mentorship and dismantle bias in Council Chambers, women will continue to be shut out of city manager opportunities. It’s not a supply problem. Women like María Villagómez and Sheryl Sculley are graduating every year from public administration programs across the country. City leaders, engaged residents, and policy students alike should demand more diverse gender representation in the pothole-filling, apartment-condo approving, budget-setting city manager role. Otherwise, the 14.4 percent will continue to stick.