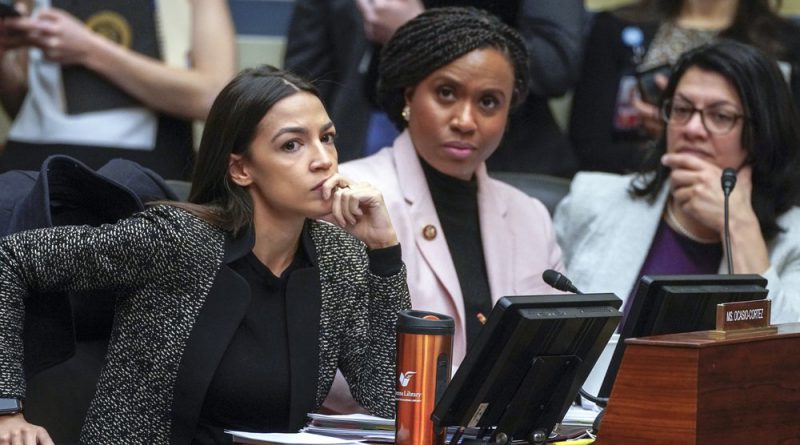 Op-Eds and Commentaries
August 23, 2019October 7, 2019 371 Views 0 Comments Congress, local government, pipeline, representation
Rebecca Kriegman
Rebecca Kriegman is an MPP student at the Kennedy School focused on representation of women and diverse voices in elected office and citizen engagement with government. She previously served as Chief of Staff to New York State Senator Brad Hoylman where she advised on women’s issues and election policy.

The 2016 elections dealt a crushing blow to women. But in its wake, a new urgency and optimism emerged. After the elections, over 26,000 women reached out to the pro-choice political action committee, EMILY’s List for help launching a campaign, about thirty times more women than in the previous cycle. A record number of women ran at every level in the midterms, and a record number of women won. Well over 100 women were sworn into Congress in January, including the two first Muslim women elected to Congress, the two first Native American women, and the youngest woman to ever be elected to Congress.America is changing who is sitting on the backbench.

But that bench we’ve built is still not deep enough.

If we want a future with strong, experienced female leaders at every level of government, we must look deeper than Congressional races. It starts locally. Investment in women in local and state offices has never been more crucial. State and local win for women makes meaningful changes in people’s everyday lives, boosts candidates on every level of the ballot and builds a backbench of experienced women for higher offices.

The number of women serving in state legislatures has more than quintupled since 1971. However, what that looks like is an increase from single digit percentages to the mid- or high twenties – far below parity in nearly every state. While nine women were sworn in as governors in 2019, including the first woman of color to do so, women still make up less than 20 percent of governors. Women of color remain underrepresented in state offices, making up just 6.2 percent of the total number of state legislators nationwide.

Electing more women and more diverse voices into our political pipeline is not just good for the national talent pool – it’s good for the millions of women impacted by state government’s decisions every day. In Colorado, Nevada, Oregon, and Washington, women now make up over 40% of the state legislature.At least 17 legislatures saw a 5% or greater increase in representation of women. In many of those states, that representation is already making a difference:

Beyond direct impact in states and local communities, investing in compelling female candidates locally can impact races at every level. Amanda Litman, the founder of Run for Something, a grassroots group created post-Trump, coined the phrase “reverse coattails,” referring to increased attention and turnout for down-ballot races fueling higher voter response on national races.

Reverse coattails works because the more local candidates engage with and speak to real voters, the greater authentic connection voters feel with candidates, the more likely voters are to turn out, and the more successful candidates are up and down the ballot. For too long, Democratic party institutions have largely refused to invest resources locally and have missed out on the opportunity to build the party from the ground up.

Without formal support from the national party, community leaders, mostly women, took the helm of making change with new grassroots groups that bolstered candidates during the 2018 midterms. One of these groups, Indivisible has over 6,000 local groups nationwide – more than the Tea Party, a small-government conservative group active in the 2010 midterm elections, had at its peak. Indivisible chapters are made up of about 70% women, and a vast number of Indivisible chapters pushed forward and supported candidates running at the local, state, or national level in 2018. While we don’t have a measurement of their precise impact in the midterms, movement-building groups like Indivisible and Run for Something are partially to thank for a voter turnout surge, helping local and national candidates alike.

Finally, the most frequently cited reason to invest in state and local women candidates is that it builds a strong, viable candidate pool for national office. A brief look into some of the highest profile women in Washington in both parties confirms the importance of local public service in achieving higher office. 14 of the 25 women currently serving in the U.S. Senate formerly served in their state legislatures. Of the remaining 11 who did not, one was a mayor of a major city, one served as a state cabinet member, one was an elected county attorney, two served as state attorneys general, one directed a state-level department, and one served as Lieutenant Governor. Only 4 female U.S. Senators did not previously serve as an elected or appointed official in state or local government. In the House, over 60 of the 102 female members previously served in the statehouse or in city councils.

These former state and local representatives built name recognition and reputations through service in their communities. When the time came to run for an open Senate or House seat or challenge an incumbent, their constituents and the party already knew them, trusted them, and voted for them. They demonstrated that the backbench does work.

We know investment in state and local races is important. So, what now? We can’t fuel long-term, lasting parity on anger and inspiration alone. Community and grassroots based infrastructure delivered results in the midterms, but we need leadership from the top too. Increased spending and promotion by the Democratic Legislative Campaign Committee (DLCC) for women and people of color in 2018 is hopefully a sign that the party is taking parity and diversity more seriously. This cycle, over half of the DLCC’s so-called “spotlight” races, which give candidates increased national exposure and funding, were women.

However, formal Democratic institutions like the DLCC and the DNC have not historically invested in long-shot runs, let alone incumbent primary challengers. Until this past cycle, the national party’s unwillingness to put its power and money behind these candidates, frequently women of color, has contributed to the historically slow drip of zero to one percent gain in representation each year.

After this election cycle, the Democratic party should know the power that national momentum can have over local and state races – and vice versa: diverse local candidates and activism can shift national elections. If the party continues to ignore down-ballot state and local races at its own peril, it will ultimately fail to produce high quality candidates for higher office. Just as critically, it will fail to protect its interests state-by-state.

Party institutions must follow the lead of grassroots groups and invest in electing women at the state and local level. Not only will it fortify progressive policies and bolster candidates up and down the ballot – it will yield a new generation of female candidates for Congress and for the White House, strengthening and improving the party’s long-term viability. If we want to protect the interests of women and girls at the local level, boost voter turnout, and generate equity in our federal government, we must start by putting women in the State House. 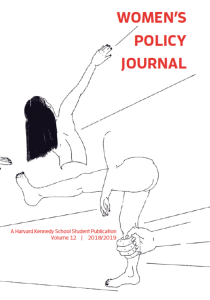