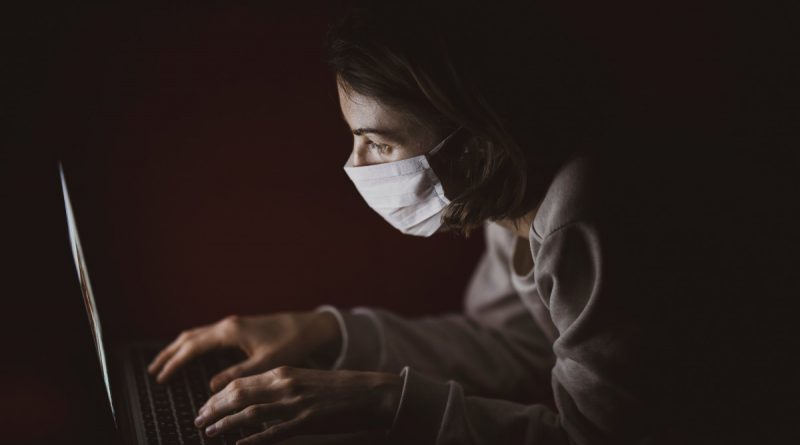 The COVID-19 pandemic has left more than half of humanity confined to their homes. Governments have asked and, in some cases, enforced that individuals stay home based on the assumption that their citizens face the fewest health risks there. This is not always the case.

Many governments have forgotten an already vulnerable group – survivors and those at risk of family violence, who are disproportionately women and their children. Shelter-in-place policies are forcing women to be confined to their homes with perpetrators, without access to their support networks or services. A long and enduring pandemic will likely increase financial stress, anxiety, and loss of control or power over one’s circumstance, which are additional triggers of family violence. Over the coming months, women at risk of abuse are likely to face increased instances of domestic violence.

Domestic Violence During a Crisis

Before COVID-19, one in every three women worldwide experienced physical or sexual violence during their lifetime. The overlay of COVID-19 related challenges will lead to an extraordinary rise in violence experienced by women perpetrated by men. The UNFPA estimates that 31 million additional incidents of domestic violence will occur around the world if lockdowns continue for 6 months. China, the first country to administer forced confinement, witnessed a tripling of reported domestic violence cases (Feb 2019 to Feb 2020). France has seen a reported increase in domestic violence of around 30 percent. During April, Crisis Text Line in the US witnessed a 14 percent increase (from Feb 2020) of the use of words such as “violence” or “abuse.”

Studies have consistently demonstrated a link between times of crisis and an increase in incidents of domestic violence, due to a loss of control experienced during crises. For example, in the aftermath of Hurricane Katrina, incidents of domestic and family violence increased by an estimated 45 percent. Other studies of disasters like fires and oil spills have found 50 percent increases in domestic violence.

However, COVID-19 is different from past crises. Forced confinement with perpetrators is not just creating unsafe homes for women at risk, it is making it difficult for women experiencing abuse to report and seek assistance safely through traditional methods, such as phone and online services. Significant underreporting is already associated with family violence. The COVID-19 crisis compounds underreporting because women often fear reporting when confined in close quarters with their abuser. Some service providers are now seeing a decline in demand for assistance despite an expected increase in incidents, a warning sign about the safety of at-risk women. For instance, in Queens, New York, domestic violence arrests have fallen nearly 40 percent.

According to the UN Executive Officer of the Secretary-General, Nahla Vaji, within a few days of the release of these guidelines, 146 countries responded positively, including declaring shelters essential places. However, responses globally have largely been piecemeal or insufficient to respond to the immediate impacts of gender-based domestic violence during the pandemic. While many governments have rightly provided temporary accommodation to frontline workers, there has been a lack of focus on providing similar accommodation for women and their children living in unsafe homes.

The local, city and national governments that have responded have done so by expanding capacity in traditional means of support, which are not always suitable during forced confinement. For instance, the Australian Government has provided $150 million for additional support to online domestic violence services without any additional funding for temporary housing to women and children at risk, or innovative complementary reach and contact methods. This response is in line with other governments, such as in Massachusetts,  which have similarly increased funding to online and tele-services, despite these hotlines having signaled that they are experiencing a decrease in calls because survivors are at home with perpetrators and cannot make contact safely.

Despite weak government responses from the global community, the French government stands out as a leader in its response. The government is innovatively adapting to the specific needs of women at risk of abuse by creating new access points and empowering women to make their own decisions on what is best for their wellbeing. First, the government has partnered with grocery stores that remain open to provide pop-up counseling services, directly accounting for the fact that women may not be able to make calls to hotlines safely within their homes. Second, they have introduced safe words in pharmacies so survivors can access assistance safely. Third, they have funded 20,000 hotel rooms to provide temporary accommodation to women in need.

Like France, governments can create innovative ways to both contact at-risk women who cannot leave their home and provide temporary shelter for those who do.

Two considerations must be at the forefront of policymakers’ thinking during these unprecedented times: adaptability and attentiveness to individual needs. Responses must adapt to forced confinement and create new ways of communication between at risk women and service providers that remain safe for women and stigma-free. Second, the individual needs of a survivor must be a central consideration. Providing temporary accommodation and moving a survivor from their current living space is not always the right answer, as the point at which a woman leaves an abuser is a dangerous time, as she is at increased risk of being murdered.

The COVID-19 crisis also provides an opportunity to engender long-term change. With an increase in reporting by the media globally (such as in The New York Times and Time), COVID-19 is starting to make visible the invisible survivor. It is incumbent on those with an interest in eradicating domestic violence to capitalize on this moment and create long and enduring policies centered upon the needs of survivors. To do this, civil society and domestic violence advocates need to not just mobilize, they need to organize and broaden their coalition of supporters. By bringing new allies onboard, they will be able to create new mass power that can directly put pressure on governments to act and prioritize not just the immediate needs of women at risk, but also create policies centered on the prevention of family violence.

Implementing tangible change to gender-based violence requires a comprehensive plan that spans several sectors, including education systems at the K-12 and university levels and engagement with private and nonprofit sectors. At the education level, conversations around gender roles should focus on gender equity, person-to-person mutual respect and understanding. This involves shifting language on masculinity away from traditional toxic expectations of aggressive behavior or forgiving disrespectful communication from boys and young men with phrases like “boys will be boys.” While efforts that address these issues are in place within some of our education systems, there is opportunity to further centralize these systems and ensure they are in place across all states and nations.

Individuals can also play an important role in responding to the crisis. The Crisis Text Line is one example of an organization that utilizes volunteers to support those experiencing mental health issues, including those related to domestic violence, through 24/7 text message support. Its volunteer base is composed of ordinary people, exposing domestic violence to broader communities at large. Remarkably, while some hotlines and police centers have seen a reduced number of reports during the COVID-19 pandemic, Crisis Text Line reports a 14 percent increase in conversations mentioning the words “hit,” “violence,” or “abuse” in April compared to February of this year, likely due to its text-based approach. Non-government service providers like Crisis Text Line have the capacity to both serve at risk populations and provide quantitative evidence that can be utilized to inform and support local government efforts.

Finally, for those experiencing abuse now, experts, including survivors with lived experience, are advocating that those at risk use this isolation period to make a plan of next steps. Leslie Morgan Steiner, who survived a life-threatening abusive relationship, argues in The Washington Post that forced confinement may push individuals in denial of their current circumstances to realize the severity and reach out for help. Steiner advises individuals to take the following steps to plan their next steps.

While the uncertainty of what’s ahead should force governments to respond to the immediate needs of the survivors, it is up to those who care for and represent the interests of survivors to mobilize, organize and build broad coalitions of support focused on making visible the invisible survivor. This is paramount to guaranteeing that gender equity and women’s personal safety will be improved in the long run.

Photo by Engin Akyurt on Unsplash