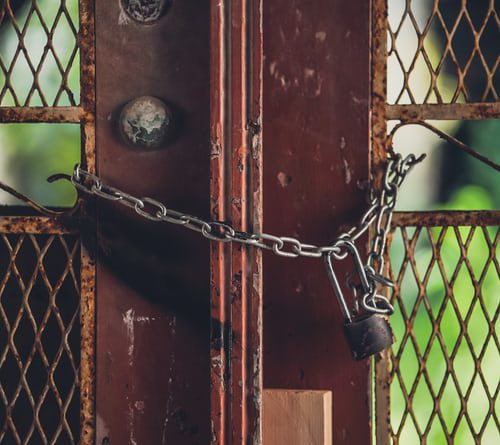 Op-Eds and Commentaries
January 22, 2021 1147 Views exclusive, fraternity, gatekeepers, segregation
Elizabeth Zwart and Ezra Baeli-Wang
Elizabeth is currently pursuing a joint degree at the Harvard Kennedy School and the Harvard Business School as a David M. Rubenstein Fellow. A former management consultant, Elizabeth is interested in health care, education, criminal justice, and gender equity. Ezra is a speechwriter, poet, and community organizer. Ezra is interested in Asian American and Pacific Islander (AAPI) issues, LGBTQ+ representation in athletics, and gender equity. He and 42 of his fraternity brothers disaffiliated from Sigma Phi at the University of North Carolina in November 2019.

In 1954, Brown v. Board of Education of Topeka struck down racial segregation as unconstitutional. The understanding that moved the Supreme Court to overturn the precedent established in Plessy v. Ferguson involved recognizing the harms dealt by a philosophy of racial exclusion grounded in the belief that separate could be equal. And while American society has, at least legally, recognized the harms of race-based segregation, which persists to this day, the same is not true of gender-based segregation that excludes marginalized non-men from privileged male-only spaces.

Similar to race-based segregation, we believe that gender segregation that advantages men through the exclusion of non-men can also cause harm. Ranging from disparities in access to power to sexual violence and barriers to self-actualization, the institutional exclusion of non-men from male-only spaces perpetuates power dynamics that disadvantage roughly half the population.

Within the formative environment of a college campus, few spaces condition, incubate, and encapsulate male power as completely as male-only fraternities.

For this reason, we recommend gender desegregating male-exclusive fraternities in order to reduce the harms of institutions designed and controlled by and for men and to make available to all genders the opportunities and benefits afforded to members of these organizations.

I. Reducing disparities in access to power and wealth

While non-male representation has increased across industries, men still inhabit the majority of positions of power in society and the workplace. For many, college is the last stop before starting a career; it is a place where students hope to acquire skills and networks that will propel them into a successful professional life. As such, college organizations foster connections and develop networks that can significantly impact the opportunities available to students after graduation. When organizations restrict membership to powered identity groups (e.g., all-white, all-heterosexual, all-male, etc.), they risk reinforcing harmful societal dynamics limiting access to power and wealth to these powered identity groups.

Among college men, fraternity members are more likely to be white, affluent, and well-connected. [i] [ii] Given this confluence of privileges, it is unsurprising that their alumni are overrepresented in powerful (and traditionally male-dominated) fields like business, technology, and politics. [iii] [iv] In granting only male students insider access to men who have gone on to achieve financial success, fraternities serve as pipelines for their members, perpetuating gendered wealth and status disparities.

Opening doors to non-male members would grant them access to resources, institutional and industry expertise, and connections which, by both explicitly discriminatory and de facto means, have traditionally been withheld from them. The creation of gendered networks, and the enforcement of their exclusivity, advantages men to the detriment of non-men, and reinforces gender inequality.

The concept that men and non-men are not necessarily superior or inferior to each other, but that they are irrefutably different in ways that warrant unequal treatment and physical segregation is reminiscent of reasoning put forth by school segregationists between 1896 and 1954 – reasoning famously denounced in the United States Supreme Court’s decision in Brown v Board of Ed.

While substantially different, both race and gender exist as complex social constructs that have very real, material impacts. To the extent that they share similarities in how they restrict and guide our actions and interactions, segregation based on race and gender can be a useful comparison:

It’s also worth noting that the harms of segregation are well-documented as extending beyond the material deprivation of access, to lasting psychological impacts on self-concept.[v]

Studies show the harmful impact of “separate but equal” on black children,[vi] and though race and gender are not the same, we hold that in many ways they have similar, and intersectional, interactions with oppression and privilege. For that reason, moral intuitions about racism are often helpful in exploring motives as they relate to other systemic dynamics between groups with significant differentials in power.

So long as men continue to benefit from systemic and institutional privileges that disadvantage non-men, male-exclusive segregation will deny non-men access to resources and opportunities in a more damaging way than all-female organizations deny opportunities or resources to excluded men. In the same way that white people suffer fewer consequences if excluded from predominantly black spaces than black people barred from predominantly white spaces, those shut out of male networks suffer more harm than men excluded from non-male networks.

While researchers are still studying effective interventions to prevent sexual assault, gender integration could strengthen men’s empathy for, and ability to communicate with, non-men. At least one study has shown that many perpetrators of sexual assault often do not consider their behavior inappropriate – preferring instead to label it “seduction.” [vii] Improving community between men and non-men may help develop and deepen a meaningful understanding of sexual consent.

Like most oppressive practices, male-exclusivity can also harm members of the in-group. So long as fraternities retain gendered criteria for membership, they cannot be fully inclusive spaces for members who are questioning their gender, or who come out as gender fluid, non-binary, or trans after admission.

To say that those individuals, if already admitted, would not be expelled is insufficient in the same way that it would be inappropriate to exclude openly gay or queer men from joining, but allow them to remain should they come out after having been initiated.

I. Benefits for existing members

Not only would gender integration reduce the harms of an oppressive system, it would actively provide benefits to existing and prospective members of these organizations. Including non-men could foster intimacy and connection between genders, with an emphasis on non-sexual intimacy.

Creating opportunities to form friendships with non-men as members of equal standing could help men unlearn sexually-transactional dynamics reinforced by traditional fraternity events which typically involve non-men in exclusively romantic or sexual contexts (e.g., cocktails, formals, etc.). In doing so, gender-integration could help men better navigate the complex intimacy that plays out in cross-gender friendships. Male friendships, then, may also benefit from that broader strengthening of the depth and ability with which they learn to engage interpersonally.

Including non-men in fraternities could also increase skill-building in typically feminine-coded areas. For instance, interacting with non-male members could help men further develop communication skills and emotional intelligence. It may also encourage them to value the benefits of skills and dispositions more often employed and displayed by non-men.

As mentioned earlier, fraternities often leverage institutional structures that connect members to powerful alumni. While it’s possible that, initially, alumni might individually alter the nature of their support to discriminate against new non-male members – not unlike the way in which some white teachers initially reacted to racial integration[viii][ix], – our hope is that eliminating de jure exclusion will gradually normalize non-male inclusion and ultimately extend access to networks, resources, and power traditionally withheld from them. Additionally, the lifting of the psychological and emotional weight of identity-based exclusion can be a significant relief in itself.

III. Benefits for all members

Integrating non-men empowers fraternity members to be active participants and advocates in the fight for gender equality. Integration similarly enables a more intentional pursuit of understanding and constructing a healthy masculinity and femininity. While some fraternities currently pursue these goals through fundraisers and volunteering, gender-integration allows fraternities to live these values more fully.

Research on inclusive workplaces has demonstrated that diverse perspectives and identities make for more intelligent, more effective, higher-functioning organizations.[x][xi] Insofar as fraternities are invested in the personal development of their members, it stands to reason that they would also benefit from opportunities to develop relationships with people across various identities, including gender.

Others acknowledge that fraternities exact costs on society, both through sexual violence and in reinforcing inequity, but argue these costs are outweighed by the benefits young men gain from belonging to male-exclusive organizations. They often claim that men need male-only spaces for healthy development and that fraternities provide these spaces. If fraternities were to gender-integrate, they argue, crucial opportunities for male-bonding and masculine development would be eliminated. Some of these arguments claim such bonding requires an environment free from all potential for romantic or sexual attraction. However, fraternities’ inclusion of gay, queer, or bi men diminishes the power of this argument. Other arguments claim men are only able to be intimate and vulnerable in this particular way with other men. While the selectivity of intimacy likely varies on an individual basis, we posit that gender-based exclusion others non-men in ways prohibitive of men achieving non-romantic, non-sexual intimacy with non-men. Though gender-integration may come at some cost for those men, integration is likely to help protect future generations of men (and non-men) from constructing barriers to communication, intimacy, and understanding based on powered identity characteristics such as gender.

Male-exclusive fraternities concentrate professional and financial resources in the hands of the privileged; they exact psychological harm through the weight of gender-segregation; they discourage members from exploring gender identity; and their members disproportionately perpetrate sexual abuse.

These harms prevail under a system in which members of a privileged class – men – gatekeep access to elite organizations that harm non-men and advantage men, by making ineligible for membership those who do not possess the privileged identity characteristic of maleness.

At the same time, gender-integration presents an opportunity for fraternities to grant non-men unprecedented access; to relieve the weight of identity-based exclusion; to reap the benefits of organizational diversity; and to create an environment in which all genders can strengthen traditionally gender-coded skills, enjoy greater intimacy, and better uphold the value of equality.

[ii] DeSantis A. Inside Greek U.: Fraternities, Sororities, and the Pursuit of Pleasure, Power, and Prestige. University Press of Kentucky; Lexington, KY, USA: 2007.

[iii] DeSantis A. Inside Greek U.: Fraternities, Sororities, and the Pursuit of Pleasure, Power, and Prestige. University Press of Kentucky; Lexington, KY, USA: 2007.