Home > Uncategorized > Women in Leadership: Gender Equity and Breaking the Glass Ceiling Amidst a Pandemic 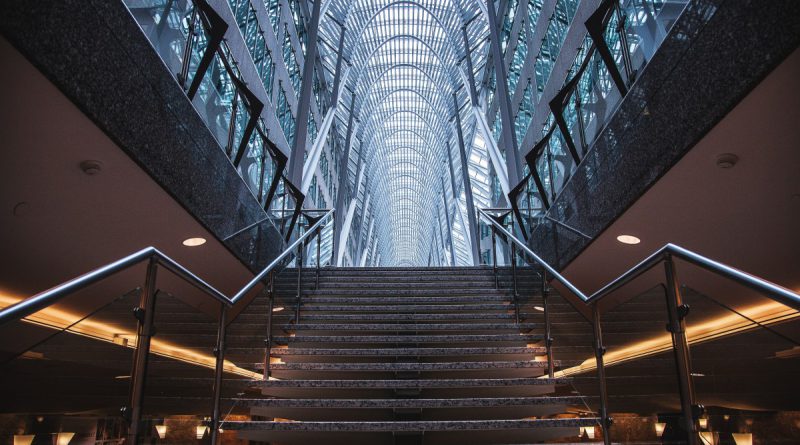 “You are young, pretty and have all the time in world. Don’t rush to a promotion. Sometimes you have to take two to three steps back to take a step forward.” I can’t imagine he’d say this to the white male colleague waiting around the corner from his office. This is what a Senior UN official once told me, with no justification, as I asked for advice 10 years into my career. He was telling me what many women have heard over and over again throughout their lives. No matter the overqualification, no matter the sacrifice, as a female there was an impossible 100 ft high, 20 ft thick glass ceiling that we could not punch through.

But now, it is time for a change. Or at least this was the mentality 2017-2019 before the COVID-19 pandemic hit. Somewhere between working from home, working on the frontline, or not working at all, #MeToo has been forgotten and the economic and social status of women has been setback significantly. Additionally, according to UN Women, the COVID-19 pandemic will push 96 million people into extreme poverty by 2021, 47 million of whom are women and girls.

Women, especially those identifying as a racial and ethnic minority, are now balancing childcare responsibilities, shouldering household stresses and office responsibilities during an economic downturn and, for some women, navigating the spike in gender/domestic violence. Not to mention job losses have cut dramatically deeper for women, and recovery is slow. Without action, the pandemic will set women back with lifetime consequences.

Amidst protests, movements, and racial reckonings, we cannot forget the sacrifices women have made as leaders on the frontline, as the most effective leaders now and throughout history.

Watching the 2016 US presidential elections,United Nations Secretary General selection, and the Vice-Presidential Debate between now-VP Senator Kamala (“Momala”) Harris and Former VP Mike Pence, reminded us that women face greater challenges, are held to a higher standard of both quality and tact; and the United States and the United Nations are two of the last Western bureaucratic establishments that have never seen a female sit in the most powerful seat.

Regardless of the number of incredibly impressive female leaders from the UN’s Michelle Bachelet of Chile to New Zealand Prime Minister Jacinda Ardern, being a woman means being celebrated during moments of “glass cliffs”. And inversely, being criticized harshly by peers, citizens, friends and enemies for your emotions, career decisions, and spouse’s choices, and despite being qualified, often experiencing a runner up sensation.

During the COVID-19 pandemic we have seen two sides of a coin in terms of the role and status of women in society and leadership. Women, such as PM Jacinda Ardern, Denmark’s Mette Frederiksen, Taiwan’s Tsai Ing-wen and Finland’s Sanna Marin have shown that women thrive in leadership positions during time of crisis such as in pandemics. Conversely, women have also experienced an unequal burden of responsibility shouldering home and child care, work responsibility, if employed. Millions of women have been driven out of the workplace during the pandemic, and the need for gender equity in economic and job security has never been more clear.

Most women, especially minorities, although more qualified than their counterparts, experience job insecurity and vulnerability white men often do not. One strike and you’re out.

We need accountability. Similar to traditional office spaces and other work settings worldwide, the humanitarian assistance and international development field has been a male-dominated workplace since its inception. In many ways, the international development and humanitarian aid arena is one of the most dangerous settings to be a female. Working in foreign nations, often in conflict zones and unstable regions, dealing with high stress, mental anguish, and the very nature of being a technical expert is demanding enough.

Just as in corporate America, when there are a limited number of posts, a highly competitive work environment can pit women against women. However, in a conflict nation or disease outbreak, this dynamic can be even more dangerous. For example, when the few women in positions of power at INGOs fear for their own jobs, being in the minority leads to security threats against junior level female employees with less organizational power, which can lead to men feeling “untouchable” or “above the law.”

What one often sees is commonly known as the “Queen Bee syndrome.” This phenomenon is where one or a few high-level women compete for a handful of senior positions available for women in comparison to men.

Increased competition where women undermine other women has also become more prevalent. This is often caused by limited seats or the perception of limited seats created by a patriarchal work environment rather than leaning into the possibility of “expanding the pie.” What often results is commonly known as the “Queen Bee syndrome.” This phenomenon is where one or a few high-level women believe there are only a handful of senior positions available for women in comparison to men. Regardless of whether or not this belief is true, the women will undermine, limit, or block rising women, especially women seen as a threat to the “Queen Bee’s” position, power and autonomy. This is only exacerbated by the fact that almost 90% of men and women are biased against women.

Gender based violence and sexual harassment remains a concern for those women posted overseas as well as for women in the United States regardless of when offices re-open to “business as usual.” As recent as five years ago, the United Nations and international non-governmental organization (INGO) regional and country offices were composed of roughly 70% male or more; men making roughly 60% of leadership positions, mainly from European or African nations. The US is not absent of this flaw. The State Department and USAID have a strong history of being behind the times in terms of equity: between 2002 and 2018, there was only a 4 percent increase in the proportion of State Department staff identifying as a racial or ethnic minority.

In short, this all hinders the potential of a safe, collaborative, holistic work environment where both men and women have an even playing field, and sense of equity and comraderie. Particularly for those working in foreign policy and aid, the limits preventing women from achieving more senior positions, and gender continity across all levels of experience, hamper the critical aid and diplomacy we are aiming to provide on the ground worldwide.

Gender (and race) equity cannot be a secondary concern.

So how do we expand the pie, and create a collaborative and safe environment where women are protected both from intra-and inter-gender discrimination and threats in the office space but also empowered at home? How do we create more opportunities for senior leadership and reliable job security?

The good news: before the pandemic there were a growing number of allies, men and women alike, supporting change within the UN, INGOs, and government agencies. Because of movements like #MeToo, advocates and NGO leadership pushed for gender equity and reform utilizing insituttions such as UN Women and  Interagency Standing Committee (IASC). These efforts were further built upon through policies pushed by government donor organizations such as USAID, European Civil Protection and Humanitarian Aid Operations (ECHO), and Department for International Development (DFID). In coordination with United Nations Office for the Coordination of Humanitarian Affairs, funding, policies, and change management is occurring across the UN and aid world. Prior to the COVID-19 pandemic, these efforts resulted in almost a 50/50 gender parity in the mid-level positions as well as an increased number of females in senior level positions; although it remains unclear if this will remain the case post-pandemic. Regardless, these changes still fell short in protecting women who were unlawfully terminated and not re-hired.

Build back smarter. “Better” can fall short without oversight or willingness to dive deeper into the details.

Recently, there has been increased attention around revitalization of the State Department in order for  America’s Diplomats to look more like America. Although much of this focus has been limited to the Foreign Service hiring mechanism, the idea of greater diversity of expertise, gender and race should be extrapolated to all hiring mechanisms and departments of the State Department, including  USAID. Only then can the US Government begin to hold the UN and other aid organizations accountable in achieving gender (and race) equity.

Regardless of country or occupation, all women deserve that we build back smarter, not the same as before. As we “build back better,” we can begin to immediately implement policies, mechanisms and protection monitoring measures, utilizing digital dashboard and programmatic indicators, for workplace equality, and women protection and gender equity. These solutions could take the form of incentivization for policy change in the private and public sectors, female mentorship programs, and third party accountability systems such as Office of Inspector General and strong HR and auditing arms of the UN, State Department, and NGOs being reformed and accurately funded. Particularly in the aid and foreign policy sector we can “give humanitarian action a woman’s face – by appointing female staff at all levels, advocacy campaigns and support via  mandatory in multi-year funding for preparedness, resilience and disaster risk reduction.” and instituting hiring and re-hiring protective clauses.

The data is clear, gender and race equity benefits society as a whole. Women’s empowerment benefits everyone, buiding familes and insitutions alike. It is time for women and our allies to demand more, and to see women rise safely to highest seats in public offices and private corporation board rooms, regardless of COVID-19 or future pandemics. Gender equity must be “baked-in” to the system, not an add-on that can be set aside or put on a “back burner” in times of crises.